Antioxidant potential of Aloevera and its significance

A large number of biochemical compounds have so far estimated in Aloe for its medicinal value. With a low concentration of polysaccharides and aliphatic compounds, the phytochemical study of the exudate showed that aloe is made up of a combination of phenolic compounds, primarily anthrones, chromones, and phenylpyrones. The variety of biologically active compounds found in Aloe species still draws scientists’ attention and remains rich sources of investigations. The evaluation of phenolic acids composition in few Aloes was carried out from the leaves of aloe, a dried exudate commonly called aloin can be obtained, it is commonly used as a bittering agent in alcoholic beverages and is utilised as a natural medication for its cathartic effects. Free radicals of different forms are constantly generated for specific metabolic requirements and quenched by an efficient network in the body. When the network is in balance, organisms enjoy good health, but when it fails, the balance is disturbed leading to disharmony and disease. Numerous diseases, including cancer, diabetes, atherosclerosis, liver cirrhosis, and others have been linked to free radicals and compounds that can scavenge free radicals have great potential in ameliorating these disease processes. Increased oxygen free radical activity can initiate lipid peroxidation, which in turn stimulates glycosylation of proteins, inactivation of enzymes and alteration in the structure and function of collagen, basement and other membranes. Antioxidants are molecules that slow down or stop other chemicals from oxidising. They can stop these chemical chain events by eliminating radical intermediates and can stop other oxidation reactions by becoming oxidised themselves.

Currently, two commonly used methods to evaluate the Antioxidant Activity (AA) in food and biological systems are the Ferric Thiocyanate (FTC) and 2,2-Diphenyl-1-pycril-hydrazyl (DPPH) procedures. The FTC method measures the AA by the inhibition of lipid oxidation (peroxide compounds formed during lipid oxidation) while the DPPH method measures the free radical scavenging capacity of the antioxidant. Botes identified, quantified and compared the phytochemical contents and antioxidant capacities of two extracts of A. greatheadii; a Leaf Gel Extract (LGE) and a 95 % aqueous Ethanol Leaf Gel Extract (ELGE), A. greatheadii was discovered to contain a number of compounds with confirmed antioxidant capacity and other putative health benefits (such as blood glucose, cholesterol, and cortisol lowering properties) relating to the prevention or cure of diabetes, cardiovascular disease, cancer, and hypertension.

The findings further support the use of separate ethyl acetate/diethyl ether and hexane extractions of the LGE for biological in vivo efficacy investigations and 95% aqueous ethanol extraction for concentrating particular groups of chemicals relevant to health. The results show that the combined extract has superior DPPH scavenging action and lowering power when compared to the extract from each plant alone, showing a synergistic and supra additive effect of the phytochemicals present in the extract. The Aloe extract showed the significant antioxidant activity EC50 (58.36 μg/ml) by the DPPH radical scavenging method. As a natural antioxidant, aloe extract has been employed in health foods for both medicinal and preservation purposes. In addition, Aloevera is used to increase the heamoglobin concentration and erythrocyte count and also have protective role in anemia against oxidative stress. Pre-treatment of Aloevera and Vitamin E have protective role in anemia against oxidative stress and have free radical scavenging activity after long term administration.

Zingiber officinale was tested individually and in combination in equal proportion of each extract for DPPH scavenging activity and reducing power. 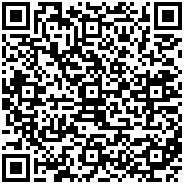