Antivirals are a category of medicines that are wont to treat viral infections. Most viral infections resolve spontaneously in immunocompetent individuals. The aim of antiviral therapy is to attenuate symptoms and infectivity also on shortens the duration of illness. These drugs act by arresting the viral replication cycle at various stages. Currently, antiviral therapy is out there just for a limited number of infections. Most of the antiviral drugs currently available are used to treat infections caused by HIV, herpes viruses, hepatitis B and C viruses, and influenza A and B viruses. Because viruses are obligate intracellular parasites, it's difficult to seek out drug targets that interfere with viral replication without also harming the host cells. Unlike other antimicrobials, antiviral drugs don't deactivate or destroy the microbe (in this case, the virus) but act by inhibiting replication. In this way, they prevent the viral load from increasing to some extent where it could cause pathogenesis, allowing the body's innate immune mechanisms to neutralize the virus.

Antiviral drugs are a category of medication used for treating viral infections. Most antivirals target specific viruses, while a broad-spectrum antiviral is effective against a good range of viruses. Unlike most antibiotics, antiviral drugs don't destroy their target pathogen; instead they inhibit its development. Antiviral drugs are one class of antimicrobials, a bigger group which also includes antibiotic (also termed antibacterial), antifungal and antiparasitic drugs, or antiviral drugs supported monoclonal antibodies. Most antivirals are considered relatively to the host, and thus are often wont to treat infections. They should be distinguished from viricides, which aren't medication but deactivate or destroy virus particles, either inside or outside the body. Natural viricides are produced by some plants like eucalyptus and Australian tea trees.

The general idea behind modern antiviral drug design is to identify viral proteins, or parts of proteins, that can be disabled. These "targets" should generally be as unlike any proteins or parts of proteins in humans as possible, to reduce the likelihood of side effects. The targets should even be common across many strains of an epidemic, or maybe among different species of virus within the same family, so one drug will have broad effectiveness. For example, a researcher might target a critical enzyme synthesized by the virus, but not by the patient, that's common across strains, and see what are often done to interfere with its operation.

Once targets are identified, candidate drugs are often selected, either from drugs already known to possess appropriate effects or by actually designing the candidate at the molecular level with a computer-aided design program. The target proteins can be manufactured in the lab for testing with candidate treatments by inserting the gene that synthesizes the target protein into bacteria or other kinds of cells. The cells are then cultured for production of the protein, which may then be exposed to varied treatment candidates and evaluated with "rapid screening" technologies.

Viruses contains a genome and sometimes a couple of enzymes stored during a capsule made from protein (called a capsid), and sometimes covered with a lipid layer (sometimes called an 'envelope'). Viruses cannot reproduce on their own and instead propagate by subjugating a host cell to produce copies of them, thus producing the next generation. Researchers performing on such "rational drug design" strategies for developing antivirals have tried to attack viruses at every stage of their life cycles. Some species of mushrooms are found to contain multiple antiviral chemicals with similar synergistic effects. Compounds isolated from fruiting bodies and filtrates of various mushrooms have broad-spectrum antiviral activities, but successful production and availability of such compounds as frontline antiviral is a long way away. Viral life cycles vary in their precise details counting on the sort of virus, but all of them share a general pattern:

1. Attachment to a host cell.

2. Release of viral genes and possibly enzymes into the host cell. 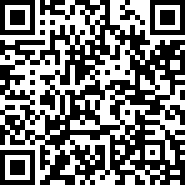