Biogeochemistry is the scientific discipline that involves the study of the chemical, physical, geological, and natural processes and responses that govern the composition of the natural environment (including the biosphere, the cryosphere, the hydrosphere, the pedosphere, the atmosphere, and the lithosphere). As the name represents, soil biogeochemistry is a scientific field examining the complex and inseparable relations between the biotic (living) and abiotic (non-living) factors of soils.

Elements within biogeochemical cycles flow in various forms from the nonliving (abiotic) components of the biosphere to the living (biotic) components and back. In order for the living components of a major ecosystem (e.g., a lake or a forest) to sustain, all the chemical elements that make up living cells must be recycled continuously. Each biogeochemical cycle can be considered as having a reservoir (nutrient) pool a larger, slow-moving, usually abiotic portion and an exchange (cycling) pool a smaller but more-active portion concerned with the rapid exchange between the biotic and abiotic aspects of an ecosystem. Analyzing soil chemistry can determine if nutrients are available at levels which can support ecosystem functions or at higher, toxic levels.

Human activities have substantially altered by the biogeochemical cycling of several key elements including carbon, nitrogen, phosphorus, potassium, and other secondary and minor nutrients over the past few decades, which, in turn, had serious environmental consequences. The soil biogeochemical investigations conducted within Indian subcontinent in both natural ecosystems and managed agricultural systems that addresses the state of the art in order to understand the undergoing biogeochemical reactions. Here, we sought to clarify complex interactions generally they occurred during biogeochemical transformations of an element (or compound) of interest within the type-specific soil. Further, we emphasized the importance of advancing our understanding of feedback loops in soil biogeochemical processes as altered by anthropogenic activities in tropical and sub-tropical soils of India. Overall, they are broadly focused on the nutrient cycling, which is followed by more specific topics like soil microbiology.

Soil organic carbon tends to be concentrated within the topsoil. Topsoil ranges from 0.5% to 3.0% organic carbon for most upland soils. Soils with less than 0.5% organic Carbon is mostly limited to desert areas. Soils containing greater than 12 - 18% organic carbon is generally classified as organic soils.

Nature recycles the minerals and nutrients that plants and animals which required for life and growth. When living things die, bacteria break down the organic materials and convert the nutrients in them to forms available for growing plants to use.

Soil plays a vital role in major global biogeochemical cycles (carbon, nutrient, and water), while hosting the largest diversity of organisms on land. Soil produces fundamental ecosystem services, and management to change a soil process in support of one ecosystem service can affect other services. 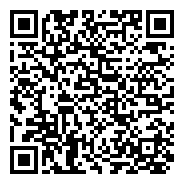