Changes, development and reasons behind: A review on public opinions on death penalty in Mainland China and Taiwan

This short communication is a brief review on the recently published article – Public Opinions on Death Penalty in Mainland China and Taiwan. The mentioned article provides a comparative perspective on the two significant regions which are currently executing the death penalty by analyzing the public opinions and influencing factors thereof.

Recently published on China Report, Public Opinions on Death Penalty in Mainland China and Taiwan is providing a unique perspective on the death penalty in Mainland China and Taiwan and the changes of public opinions in this century (Qin, Li and Jiao, 2021). Up to now, 142 countries and regions are considered to be abolitionist in law or practice, while other 56 remain retentionist. In this sense, it is believed that abolition has become the global mainstream. The pace of abolition has advanced through the development of international human rights movements and of international treaties embodying abolition (Hood 2001). However, both Mainland China and Taiwan are still executing death penalty today. An interesting question, therefore, is raised by the authors of the mentioned article: Why public opinions of Mainland and Taiwan on death penalty diverge while the two regions share the same language and similar cultural background due to the historical connection?

Amendment (VIII) to Criminal Law of the People’s Republic of China abolished the death penalty for thirteen crimes, and Amendment (IX) to Criminal Law of the People’s Republic of China adopted in 2015 for nine crimes (Jiao 2017). Murder and drug trafficking are two primary crimes within the sphere of death penalty. Gun shot was the only execution method before 1997, but lethal injection, as a more humane means, has been employed more widely in recent years.
Due to lack of survey data especially in Mainland China, the research is mainly based on existing data produced by previous researchers. Oberwittler and Qi’s research, comprehensive and concrete, was paid special attention to (Oberwittler and Qi 2009). It might be surprising that Taiwan, widely considered as a region which have a higher level of democracy and liberty, also have high percentage of retentionists among its people nowadays.

Another interesting finding is that many people in Mainland believe that people with lower social status might be sentenced to death easier. Notwithstanding, compared with people in Taiwan, people in Mainland have a higher level of confidence to their judicial system. Also, Mainland Chinese are more confident of the personal safety than Taiwanese, while crime rates are actually similar. The authors assumed that Taiwan's higher level of freedom of the press might increase the level of fear when it comes to serious crimes, which makes deterrence a core reason for retention in Taiwan.

Among all factors related to public opinion on death penalty, nationalism as a special one was discussed by the authors. Nationalism is a possible factor related to public opinions on the death penalty, though rarely mentioned by the scholars. It is stated that foreigners in Taiwan have rarely been sentenced to death, while the government and official media of Mainland usually ‘proudly’ announce the death sentences related to foreigners. Most of the foreign criminals sentenced to death in Mainland had involved in drug trafficking, and the government of Mainland never changed any judgment despite considerable international pressure including the diplomatic requirement proposed by foreign presidents or other top-level officials. The popularity of the word ‘white lefts’ might reflect the development of China’s digital nationalism (Schneider 2018), which tend to reject any ‘western ideologies’.

The article provided valuable insights regarding the topics. However, it would be even better if more quantitative methods can be used to improve the accountability. 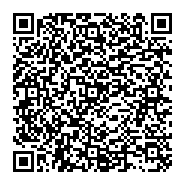