Characteristics and culture behind the musical harmonic accompaniment

Simple lute accompaniments, both chordal and contrapuntal (using intertwined melodic lines), were used to accompany solo songs in 16th-century European music. Notable examples include the songs by the English composer John Dowland and the French airs de cour (courtly songs or airs). The thorough bass, also known as basso continuo, was first used at the start of the 17th century. It is a style of harmonic accompaniment that is improvised at the harpsichord or organ and is based on chords that the composer stated. By the 18th century, intricate bass accompaniments intended to support a soloist, such as in J.S. Bach's sonatas and solo cantatas, or an instrumental ensemble, such as in Italian composer Alessandro Scarlatti's operas, demanded from the player a great degree of ornamental and contrapuntal invention.

In music, an obbligato is a crucial but minor musical component. For instance, the trumpet part in an 18th-century aria with trumpet obbligato may be just as masterfully written as the voice itself, despite functioning as the voice's accompaniment. In some 18th-century music, the phrase "obbligato accompaniment" has a more specific meaning. Early instrumental music was crucial on vocal composition arrangements. As a result, keyboard and lute players were able to perform solo music composed for several singers by having vocal polyphony from the late Middle Ages and the renaissance that included motets, chansons, and parts of the mass intabulated (transcribed so as to suggest finger positions rather than pitches).

In pop and traditional music, bass players are typically required to be able to improvise a bass line from a chord chart or learn the song from a recording. Depending on the kind of music, bass players may play upright bass, electric bass, or another instrument, such as bass synth. A bassist might occasionally receive a bass part that is entirely written out in music notation from an arranger or composer. Some of the musical arrangements combine improvisation with written-out accompaniment. For instance, in a large band bass part, the introduction and melody ("head") of a composition might contain a fully notated bass line, but the arranger might only write out chord symbols in anticipation of the improvisational solos. 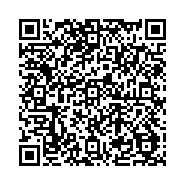