Tissue culture is the sterile in vitro culture of cells, tissues, organs or whole plants under controlled nutrition and environmental conditions, and is usually used to produce plant clones. The resulting clone corresponds to the type of genotype selected. Controlled conditions provide the culture with an environment conducive to its growth and reproduction. These conditions include the correct nutrient supply, the correct pH medium, the correct temperature, and the correct gaseous and liquid environment. Plant tissue culture technology is widely used in the large-scale propagation of plants. In addition to being used as a research tool, plant tissue culture technology has gained great industrial importance in the fields of plant propagation, disease eradication, plant improvement, and production of secondary metabolites in recent years. Hundreds of plants can be produced in a continuous process from small pieces of tissue (so-called explants). Regardless of the season and weather, a single explant can reproduce to thousands of plants throughout the year under controlled conditions in a relatively short period of time.

In plant cell culture, plant tissues and organs are grown in vitro on artificial media in a sterile and controlled environment. This technology mainly relies on the concept of plant cell totipotency, which refers to the ability of a single cell to express the entire genome through cell division. In addition to the totipotent potential of plant cells, the ability of cells to alter their metabolism, growth and development is equally important and critical to the regeneration of the entire plant.

The plant tissue culture medium contains all the nutrients necessary for the normal growth and development of plants. It is mainly composed of macronutrients, micronutrients, vitamins, other organic ingredients, plant growth regulators, carbon sources and some gelling agents in solid medium. Murashige and Skoog medium (MS medium) are most commonly used for in vitro vegetative propagation of many plant species. The pH value of the culture medium is also important, as it affects plant growth and the activity of plant growth regulators. It is set to a value between 5.4 and 5.8. Both solid medium and liquid medium can be used for culture. The components of the medium, especially the plant hormones and nitrogen sources, have a profound effect on the response of the initial explants.

Plant Growth Regulator (PGR) plays an important role in determining the developmental pathway of plant cells and tissues in the culture medium. Auxin, cytokinin and gibberellin are the most commonly used plant growth regulators. The type and concentration of hormones used mainly depend on the type of plant, the tissue or organ cultured, and the purpose of the experiment. Auxin and cytokinin are the most commonly used plant growth regulators in plant tissue culture, and their quantity determines the type of culture to be established or regenerated.

A high concentration of auxin is generally beneficial to root formation, while a high concentration of cytokinin promotes shoot regeneration. The balance of auxin and cytokinin leads to the development of a large number of undifferentiated cells called callus. When 0.5 mg/L NAA was added to the medium, the root induction and proliferation of Stevia rebaudiana was the largest. Cytokinins generally promote cell division and induce bud formation and axillary bud proliferation.

The high ratio of cytokinin to auxin promotes bud proliferation, while the high ratio of auxin to cytokinin leads to root formation. When the black pepper callus was transferred to the medium supplemented with 0.5 mg/l BA, it was found that the buds germinated and proliferated the most. 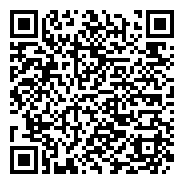