Fusarium wilt of cotton, caused by the fungus, Fusarium oxysporum f. sp. vasinfectum Race 4 (FOV4). Macroconidia are 1 to 5 septate, hyaline, thin walled, falcate with tappering ends. The microconidia are hyaline, thin walled, spherical or elliptical, single or two celled. Chlamydospores are dark coloured and thick walled. The fungus also produces a vivotoxin, Fusaric acid which is partially responsible for wilting of the plants.

The disease affects the crop at all stages. The earliest symptoms appear on the seedlings in the cotyledons which turn yellow and then brown. The base of petiole shows brown ring, followed by wilting and drying of the seedlings. In young and grown up plants, the first symptom is yellowing of edges of leaves and area around the veins i.e. discoloration starts from the margin and spreads towards the midrib. The leaves lose their turgidity, gradually turn brown, droop and finally drop off. Symptoms start from the older leaves at the base, followed by younger ones towards the top, finally involving the branches and the whole plant. The defoliation or wilting may be complete leaving the stem alone standing in the field. Sometimes partial wilting occurs; where in only one portion of the plant is affected, the other remaining free. The taproot is usually stunted with less abundant laterals.

The fungus can survive in soil as saprophyte for many years and chlamydospores act as resting spores. The pathogen is both externally and internally seed-borne. The primary infection is mainly from dormant hyphae and chlamydospores in the soil. The secondary spread is through conidia and chlamydospores which are disseminated by wind and irrigation water.

Treat the acid delinted seeds with Carboxin or Carbendazim at 2 g/kg. Remove and burn the infected plant debris in the soil after deep summer ploughing during June-July. Apply increased doses of potash with a balanced dose of nitrogenous and phosphatic fertilizers. Apply heavy doses of farm yard manure or other organic manures. Follow mixed cropping with non-host plants. Grow disease resistant varieties of G. hirsutum and G. barbadense like Varalakshmi, Vijay Pratap, Jayadhar and Verum. Spot drench with Carbendazim 1 g/litre.

Rotation to any crop other than cotton prevents an increase in the soil population of Fusarium but may not significantly reduce the number of spores in the soil. The fungus will sustain itself on the roots of most plants, including weeds (without causing any symptoms), and cannot be eliminated by crop rotation alone.Always use Fusarium-free seed produced in disease-free fields at all times. Avoid moving gin trash that originated in infested cotton fields to noninfested fields. Any field operation that moves soil from one location to another can spread spores of the fungus and introduce it to other fields. 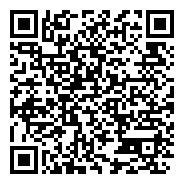