Ground water quality and its types of contamination

Groundwater is the water present beneath the earth's surface in rock and soil pore spaces and in the fractures of rock formations. Groundwater makes up around 30% of all the freshwater that is readily available worldwide. When it can produce a sufficient amount of water, a unit of rock or an unconsolidated deposit is referred to be an aquifer. The water table is the depth at which rock cavities, fractures, and soil pore spaces are totally saturated with water. Groundwater is replenished from the surface, where it may also naturally release at springs and seeps, as well as form oasis or wetlands. By building and using extraction wells, groundwater is frequently withdrawn for agricultural, municipal, and industrial usage. Hydrogeology, often known as groundwater hydrology, is the study of how groundwater is distributed.

Compared to surface water, groundwater is frequently less expensive, more practical, and less prone to pollution (Zaporozec, 1981). It is therefore frequently utilised for public water supply. For instance, California yearly withdraws the most groundwater of all the states, making it the largest source of usable water storage in the United States. More water is stored underground than in all surface reservoirs and lakes combined in the US, including the Great Lakes. The only source of water for many municipal systems is groundwater. It is the principal source of water for more than 2 billion people globally.

The physical, chemical, and biological characteristics of groundwater make up its quality.

The list of physical water quality parameters includes temperature, turbidity, colour, taste, and odour (Saeedi et al, 2010). Since most ground water lacks any discernible flavour, odour, or colour, we normally focus on its chemical and biological characteristics. Although items made from spring water or groundwater is sometimes marketed as "pure," their water quality is not the same as that of pure water. Mineral ions are present in groundwater naturally. When water flows over mineral surfaces in the pores or cracks of the unsaturated zone and the aquifer, these ions slowly dissolve from soil particles, sediments, and rocks. These substances are known as dissolved solids. Some dissolved solids may have come from river water or precipitation water that recharges the aquifer (Park et al, 2008).

A benefit of using groundwater as a water supply is that it is less susceptible to contamination than surface water. However, there are two limitations to that first one is that its close connection to its aquifer's contents, groundwater can become naturally contaminated and second, if contaminated by human activity, groundwater is exceedingly difficult to clean up.

In contrast to the surface water of a stream, groundwater travels slowly through an aquifer and comes into frequent touch with the nearby rock or silt. The geological components of most aquifers are either relatively inert or composed of minerals that dissolve into the groundwater extremely slowly. However, as groundwater remains in touch with the aquifer over time, it gradually becomes dissolved with an increasing amount of material. Some of the rock or silt may contain minerals that could potentially contaminate the water with substances that would render it unfit for use in agriculture or human consumption. Copper, arsenic, mercury, fluorine, sodium, and boron are a few examples. In other instances, contamination could happen because the aquifer material contains especially high concentrations of the contaminant (Kreitler and Jones, 1975). In other instances, the aquifer is made of ordinary rock or silt, but the water or the aquifer's unique characteristics allow the contamination to accumulate to dangerous levels.

There are numerous anthropogenic (produced by humans) causes of contamination that can pollute groundwater at the surface or at depth. The depth of the water table, the permeability of the material separating the surface from the aquifer, the permeability of the aquifer, the slope of the surface, and the amount of precipitation all affect how vulnerable aquifers are to pollution (Li et al, 2021). Deeper aquifers are less vulnerable than shallow ones, and confined aquifers are often far less dangerous than unconfined ones. Higher slopes result in a tendency for surface water to flow off rather than penetrate (and this can reduce the possibility of contamination). Additionally, the risk of contamination is lower in dry locations than in areas with heavy rainfall. Major sources for ground water contamination include:

• Mines, quarries and other rock excavations 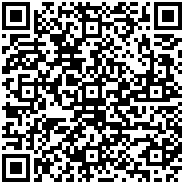