Marssonina blotch is controlled easily with fungicides; however, excessive rainfall may cause lapses in control. Marssonina blotch is found on leaves and fruit of apple. The disease is widely distributed and has been reported in North America, Europe, and Asia. Most recently, it was found in Pennsylvania in 2017. The disease can cause severe defoliation. Conventional fungicides, such as captan, easily control this disease; therefore, it is considered a minor pathogen in Pennsylvania. However, during a season where lot of rain has fallen, trees may not be protected due to fungicides being washed off. Consequently, the disease may sneak up on growers, even if captan has been used.

Leaf spots first appear on the upper surface of mature leaves late summer. They are 5-10 mm in diameter, grayish, brown, and tinged purple at the periphery. Small black acervuli (small asexual fungal fruiting body) are often visible on the surface. When lesions are numerous, they coalesce, the surrounding tissue turns yellow, and defoliation results. Cultivars do not differ significantly in susceptibility to the disease. This fungus can also infect fruit; however, it is uncommon, and we have yet to observe fruit infection in Pennsylvania. Reports have shown trees with numerous leaf infections most likely will have fruit infections.

Like apple scab, primary infections are initiated by ascospores produced on overwintered leaves. Mature ascospores have been found just before the bloom stage of bud development. Ascospore discharge usually lasts for 3–4 weeks. Rain is required for spore release. Primary symptoms appear in the middle of June, usually on mature leaves.

However, we have observed the first symptoms as late as August and September. Infection of leaves by conidia takes place most frequently at 68-77 °F, and symptoms are present within 8 days of inoculation. Defoliation begins about 2 weeks after the symptoms appear.

Use in the spring when leaves begin to flush out and wet weather is forecasted. Applications work best before rainfall occurs. Armada 50 WDG at 3-9 oz/100 gal water. Do not use a silicone-based surfactant. Not for nursery or greenhouse use. Daconil Weather Stik at 1.4 pints/100 gal at budbreak. Repeat at 7-10 day intervals if necessary. Group M5 fungicide with 12-hr reentry. Heritage at 1-4 oz/100 gal water plus a non-silicone-based wetter sticker. Group 11 fungicide with 4hr reentry. Protect DF at 1-2 lb/100 gal water plus 2-4 oz spreader-sticker. Spectro 90 WDG at 1 to 2 lb/100 gal water.

If you control for apple scab, you will also control Marssonina blotch year to year. Just like for apple scab, disease control is managed through orchard sanitation, pruning, and the use of fungicides. Removal of overwintered leaves on the ground may reduce the inoculum level. If already use a method to get rid of scab leaves year to year (flail mowing, urea), you will also get rid of leaves infected with Marssonina. Conventional fungicides commonly used for early and summer apple diseases easily keep this disease in check. However, growers must be mindful of rain washing off fungicides, especially captan. Anecdotally, sulfur has provided limited control. 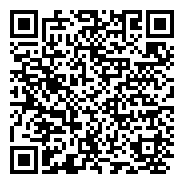