They are tangled in countless biosynthetic pathways, involving numerous different mechanisms and reactions e.g. alkylation, decarboxylation and Aldol, Claisen and Schiff base formation. It is hypothesized that secondary metabolism employs amino acids and the acetate and shikimate pathways to produce “shunt metabolites” (intermediates) that have adopted an alternate biosynthetic route, leading to the biosynthesis of secondary metabolites. Modifications in the biosynthetic pathways may be due to natural causes (e.g., viruses or environmental changes) or unnatural causes (e.g., chemical or radiation) in a struggle to adapt or provide longevity for the organism. It is the unique biosynthesis of these natural products, produced by the countless number of terrestrial and marine organisms, which provides the characteristic chemical structures that possess an array of biological activities.

Medicinal plants have bioactive compounds which play an important role in healing and used for curing of various diseases. Phytochemicals have two classes’ primary and secondary constituents. Primary constituents have chlorophyll, proteins sugar and amino acids. Secondary constituents contain terpenoids and alkaloids. Phytochemicals (from the Greek word phyto, meaning plant) are biologically active. Naturally occurring chemical compounds found in plants, which provide health benefits further than those attributed to macronutrients and micronutrients. Phytochemicals protect plants from disease and damage and contribute to the plant’s colour, flavour and aroma.

Plant phytochemicals protect plant cells from environmental hazards such as pollution, stress, drought, UV exposure and pathogenic attack. It is clearly known that they have roles in the safety of human health, when their dietary intake is significant. Around more than 4,000 phytochemicals have been catalogued, and they are classified by protective function, physical characteristics and chemical characteristics. Inclusive range of dietary phytochemicals are found in fruits, vegetables, legumes, whole grains, nuts, seeds, fungi, herbs and spices. Broccoli, cabbage, carrots, onions, garlic, whole wheat bread, tomatoes, grapes, cherries, strawberries, raspberries, beans, legumes, and soy foods are common sources of phytochemicals. They gathered in different parts of the plants, such as in the roots, stems, leaves, flowers, fruits or seeds. Many of them, particularly the pigment molecules, are often concentrated in the outer layers of the various plant tissues depending upon the variety, processing, cooking and growing conditions. Phytochemicals are also available in supplementary forms. These compounds are called secondary plant metabolites. They have biological properties such as antioxidant activity, antimicrobial effect, modulation of detoxification enzymes, stimulation of the immune system, decrease of platelet aggregation and modulation of hormone metabolism and anticancer property. More than thousand known and many unknown phytochemicals are found. Plants produce these chemicals to protect themselves, but researches revealed that many phytochemicals can also protect human against diseases. Previous trends and impact of research into the phytochemistry on medicinal plants of the world is desirable before considering recent trends.

Metabolites were mainly scrutinized from a phytochemical and chemotaxonomic. Over the last few decade interests in drugs of plant and probably animal origin has grown gradually Consumption of medicinal plants has almost doubled in Western Europe. The effectiveness of many phytopharmaceutical preparations, such as ginkgo, garlic or valerian increased interest of large pharmaceutical companies in higher herbal medicines as sources of new lead structures. The development of chemical science and pharmacognosia physicians has started extracting chemicals from medicinal plants. Some examples of the products extracted from medicinal plants in 1920, quinine was isolated from Cinchona by the French pharmacist, Peletier and Caventou. German chemist, Hoffmann obtained Aspirin from the bark of the willow in the mid-nineteenth century. Active principles in medicinal plants identified and isolated, plant-based medicines began to be substituted with pure substances, which were more powerful and easier to prescribe and administer. Phytomedicines almost disappeared during the first half of the 21st century due to the use of the ‘more powerful and potent synthetic drug’. It has been proved that although the effects of natural remedies may seem sluggish, the results are sometimes better on the long run especially in chronic diseases. 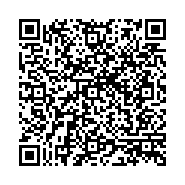