Genetic diversity is the basis for ecological biodiversity and it can only be assessed by using markers which reflect the variation present within the genome. Characterizations of germplasm were studied by using various mean viz. morphological, biochemical and molecular markers. Characterization data are immensely important to describe an accession and useful for varietal identification. It can also be used to discriminate between accessions and for monitoring genetic integrity during long term conservation. It also helps in identification of duplicates in the field, seed and in vitro gene banks of agri-horticultural crops, which in turn helps in effective gene bank management. It is feasible to identify and describe agronomically significant genotypes by combining morphological, biochemical, and molecular characteristics, in addition to morphological characterization, to disclose their distinct genetic profiles. E.g. fingerprints. Biochemical methods are effective in a better control of environmental influence therefore; they have been more successful utilized for characterization. The main characteristics of the isoenzymes include simplicity, minimal amount of material under study, low cost and coverage of the genome of 10-20 loci per species, absence of epistasis and environmental influences. Allelic expression is codominants, allowing comparisons between species, populations of the same species, and the presence of hybrids and introgression of genes. Recent development in chromatographic technologies had led to the identification of new biochemical markers for various traits.

Biochemical markers such as phenolic and terpenoid compounds are comparatively simple to analyze, but in addition to their susceptibility to a degree of environmental modification they have the disadvantage of representing only a very small and biased fraction of the total genome. For the determination of chemical constituents of aloe, many techniques have been used mainly fluorophotometry, thin-layer chromatography, gas chromatography and high performance liquid chromatography. However, the HPLC method can be applied directly to scrutinize the chemical constituents of aloe. Some reverse- phase liquid chromatographic methods used for the analysis of few phenolic compounds have been reported, these mainly focused on the chemotaxonomic data of C-glycosyl anthrones, their profiles, chromatographic patterns, or identification of aloin A and B in aloe powders. Medicinal plants are important sources for biologically active drugs. About 1500 medicinal plants have been identified in Indian system, out of which 500 species are mostly used in the preparation of drugs.

Medicinal plants containing active chemical constituents with high antioxidant property played an important role in the prevention of various degenerative diseases and have potential benefits to the society. Due to this bland nature, natural antioxidants from plant sources are safe. Populations in developing countries worldwide rely severely on the use of traditional medicine as their primary source of healthcare. Aloes have been used therapeutically since ancient times and interest in the inner, colorless leaf gel has increased over the last two decades. Partial characterization and biological action of various extracts of the leaf gel have been defined, especially pertaining to diabetes. Aloe gel (from a variety of Aloe species) is sold commercially worldwide as an ingredient to a wide variety of health care, cosmetic and therapeutic products. This commercial activity, and widely distributed use of Aloe as used in traditional medicine, has led to an expansion of both clinical and chemical research focusing on the active ingredients in these plants, as well as their biotic activities.

Various extracts of these Aloe species are traditionally used and also commercially sold as creams, ointments and tonics for the purpose of treating a variety of ailments, an attempt has been made to inspect the antioxidant activity of combined extract of Aloe barbandesis (leaves), Tinospora cordifolia (stem), Triticum aestivum (straw) Azadirachta indica (leaves) and Ocimum sactum (leaves). The extract exhibited significant antioxidant activities, total phenolic and flavonoid content. It was noted that this combine extract possess higher phenol and flavanoids. 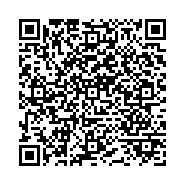