Ionizing radiation has enough energy to disrupt the atoms in live cells, causing their genetic material to be damaged (DNA) our bodies' cells are very effective at fixing this damage. However, if the damage is not properly repaired, a cell could eventually perish or develop cancer. Acute health impacts like skin burns and acute radiation syndrome (also known as "radiation sickness") can occur after exposure to extremely high doses of radiation, such as from being close to an atomic explosion.

Long-term health consequences like cancer and cardiovascular disease are another possibility. Low doses of radiation in the environment do not immediately harm us, but they do slightly increase our risk of developing cancer.

Radiation is known to have a wide range of negative effects when it comes to genetics. Radioactive pollution strands are harmed by radioactive pollution, and this damage can (over reasonably long periods of time) result in some types of genetic breakdown. It is known that the degree of genetic mutation, which can result in changes in the DNA composition, varies depending on the quantity and kind of radiation to which the organism has been exposed. When a person or other organism is exposed to a significant amount of atmospheric radiation, their bodies will absorb the radiation.

Since the energy cannot be eliminated once it enters into the body, this radiation will continue to be active. The ensuing genetic mutation renders the individual or organism extremely vulnerable to several types of cancer. Infertility is a significant consequence of the radioactive contamination for organisms.

Cancer is the most prevalent disease to develop in those who have been exposed to radioactive contamination. Anaemia, leukemia, hemorrhages, and cardiovascular conditions are among the serious illnesses that exposure to radioactive waste may cause.

Cancer is the condition most frequently associated with radiation exposure. It has developed over time and now represents a serious threat to world health, shortening of life expectancy that causes premature ageing and mortality as well as other consequences, including cardiovascular disease is some of the others. For instance, radiation damages the bone marrow and results in leukemia. They are multiplied by a quantity that represents the potential for radiation harm in order to convert them. This number is typically one for beta, gamma, and X-ray radiation. 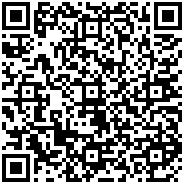