The study proposes some recommendations to reform administrative law in Vietnam towards rule of law and good governance standards through developing the administrative procedures as other countries like Japan or the US; strengthening corruption control; promoting privatization; and promoting public participation. The authors' understanding of the role of administrative laws, what has been changed, and what are remaining issues in Vietnam is a good example to make a comparative study about countries in transactional period. The paper achieves a brilliant balance between the informative overview that it sets out with and a detailed treatment of specific, concrete issues in Vietnam. Administrative reforms require the changes of administrative laws to ensure that all components of the administrative system to organize and operate to serve the people. The 2013 Constitution, Article 8 (2) confirms that: All state agencies, cadres, civil servants and public employees shall show respect for the People, conscientiously serve the People, maintain close interaction to the People, listen to their opinions and submit to their supervision; resolutely combat corruption, waste, and all manifestations of bureaucracy, arrogance, and authoritarianism. 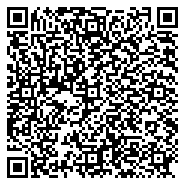