The perspective of Rawls, welfare and income need not be distributed equally to overcome social and economic inequalities. It is enough to create equality of opportunity only in terms of power, income or access to certain positions. To ensure equality of opportunity is possible by establishing perfect procedural justice. In other words, the rules, procedures and practices applied in social status changes (increase or decrease) require to be open, transparent and objective.

It can thought that, from viewpoint of Rawls liberalism, envisages to resolve settled social inequalities by creating equality of opportunity. Besides Rawls do not believe not only collectivism both also pure market capitalism (laissez-faire capitalism). Because, first one violates a, second one violates b due to cause to concentrate the welfare on minority of community. Thus, Rawls cracks the door open for redistribution of resources on behalf of the disadvantages. In particular, Rawls' “principle of difference” envisages to make an assessment over the most disadvantaged individual in the social structure before any regulation is realized and to determine the fair resource allocation by comparing them in the alternatives as a result of this evaluation.

It can thought perspective of Rawls believes that fundamental rights and freedoms can perform social rights by their potentiality. Because, he believed a democratic social structure that everybody has ownership on production factors (not from collectivist perspective). This sociological view is a structure that numbers of workers and civil servant is low, but that everybody have a control over production factors via corporations and cooperatives to the extent of their economic strength, and that trusts, cartels and monopolistic.

Economic organizations are absent, and finally that state protect freedoms, property and peace. Nozick who had liberal understanding consider minimal state is a maximal state form that can be legitimated. In this regard, state has a duty to protect their citizens from theft, fraud, violence or contract violations rather than realizing social rights for them. In Nozick's understanding of justice, also known as the Entitlement Theory, in order for the assets/ economic values held by a person to be fair or justified, it must comply with the principles of acquisition of ownership, transfer of ownership and correction of injustice.

Another concept of Nozick’s justice understanding is issue of transfer of ownership. In this context, if acquisition of ownership is just, any economic asset could be transferred to another one freely. However, most important point in this principle is to necessity to obtain the asset used by the buyer in accordance with the principle of ownership acquisition.

Nozick's understanding of justice is undoubtedly knotted in the concept of distributive justice. According to him, in order for the state to introduce a redistribution mechanism to correct injustice, there must be an inequality that arises directly from the principles of acquisition and transfer of property. Therefore, it is brought to the agenda that redistribution may be the case for the elimination of the injustices in historical property acquisition. 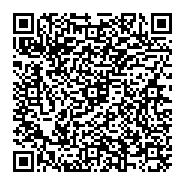