Tomato spotted wilt virus (TSWV) causes serious diseases of many economically important plants representing 35 plant families, including dicots and monocots. This wide host range of ornamentals, vegetables, and field crops is unique among plant-infecting viruses. Another unique feature is that TSWV is the only virus transmitted in a persistent manner by certain thrips species At least six strains of TSWV have been reported; the symptoms produced and the range of plants infected vary among strains Although previously a threat only to crops produced in tropical and subtropical regions, today the disease occurs worldwide. Largely because of wider distribution of the western flower thrips and movement of virus-infected plant material. Early and accurate detection of infected plants and measures to reduce the vector population are discussed as critical steps for disease control.

TSWV is the only member of an RNA-containing virus group that has membrane-bound spherical particles 70-9Omm in diameter. Tomato spotted wilt, first described in Australia in 1919, was later identified as a virus disease. It is now common in temperate, subtropical, and tropical regions around the world. Heavy crop losses in the field were reported in the 1980s in tomato in Louisiana and in tomato and lettuce in Hawaii. Other southern states reporting losses in tomato in recent years include Mississippi, Arkansas, Florida, Alabama, Georgia, and Tennessee. In recent years, TSWV has caused heavy crop losses in a wide variety of greenhouse-grown vegetable and ornamental plants across the United States and Canada. This upsurge in virus occurrence is attributed to the increased distribution of both the western flower thrips and virus-infected cuttings in the greenhouse industry.

A lettuce-type strain is more commonly recovered from vegetables; an impatiens strain more readily infects ornamentals. There have been reports of TSWV infection in 174 plant species to date. Although an early study reported seed transmission of TSWV at a high rate in Cineraria and tomato, a later study found only 1 percent infection. The virus is present only in the seed coat and not in the embryo. Seed transmission is thus not considered important for disease spread.

Chemical control involves the selection of proper insecticides, number and frequency of applications, application method (spray particle size), and pesticide rotation. Insecticides registered for thrips control that have shown good activity by chemical class include certain organophosphates, carbamates, chlorinated hydrocarbons, and botanicals. Most pyrethroid insecticides, used alone, generally provide only fair control of western flower thrips. It may be possible to improve the effectiveness of an insecticide by combining it with a pyrethroid insecticide. Being an irritant, a pyrethroid may flush thrips out of protected locations for exposure to more insecticide. 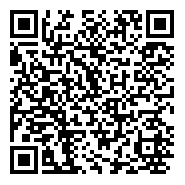