Jeremey Bentham was impressed by utilitarian point of view due to the fact that he was student of David Hume and was philosopher identified with utilitarian justice understanding. Bentham does not believe in social contract doctrine just like Hume. Unlike Hume, Bentham emphasizes rationalism as an intermediary of building a social structure to create more happiness in society. In this sense, the results of what is rational could be cause to contradictions in context of creating happiness. Thus, Bentham predicts that it would be possible to satisfy the desires and tastes in a way that increases individual happiness by taking advantage of the society. In this context, utilitarianism starts to gain a social/ collective dimension from individuality.

General well-being that ensures happiness on the social ground is thing that providing of most benefit which could be created in society for biggest part. Thus, there is a limit of maximizing the benefit. In this situation, any relative advantages or disadvantages between the parties would be ignored and it will be necessary to transfer resources to fractions that would provide the highest benefit from the asset.

There are some opinions that just approaches shaping by utilitarian ground is not applicable. According to these opinions, what is just should has moral features in context of distributive justice. For that reason alone, if what is expressed as a state of goodness maximized for the benefit of the society requires itself to be encouraged by morality, it is also proof that it is essentially unmoral and therefore unfair.

Besides, utilitarian point, which assert there is no natural rights that are indispensable, non- transferable and arises only from being human, due to not having pioneer/fundamental principles and is devoid of a root, is not justice like moral.

It can be accepted that the justice approach of the utilitarianism approach is quite appropriate in the framework of logic, but it is also problematic. For example, what will be the main criterion that legitimizes resource transfer to those who will provide the highest benefit? To be educated, to be virtuous, to be talented, to be rich, to be populist? These questions can be reproduced, but perhaps a contradiction in which the utilitarian approach fell into itself would be appropriate. As seen in the criticisms brought to the utilitarian justice approach, both defending the absence of natural rights and that there is no a clear distribution criterion that would provide the highest benefit create a serious gap.

When the understanding of justice is examined from the perspective of social utilitarianism, a similar situation is noticeable. Legitimacy of the system that ensures happiness of majority in society, but cause to unhappiness of minority is contradictive. Then, what is debated is why happy ones and unhappy ones deserves to fall into current social position. For this reason, who will include in majority in the society that ensure highest welfare? To be more precise, how is understood that these people would create highest benefit for society. In addition, is it possible that individuals behave ascetically every time? Or what kind of burdens did the vast majority endure unlike the minority for this privilege? These and similar questions always keep the utilitarian justice approach controversial. 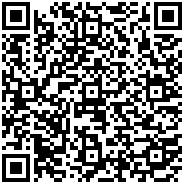